Convent of Sisters of Merciful Jesus 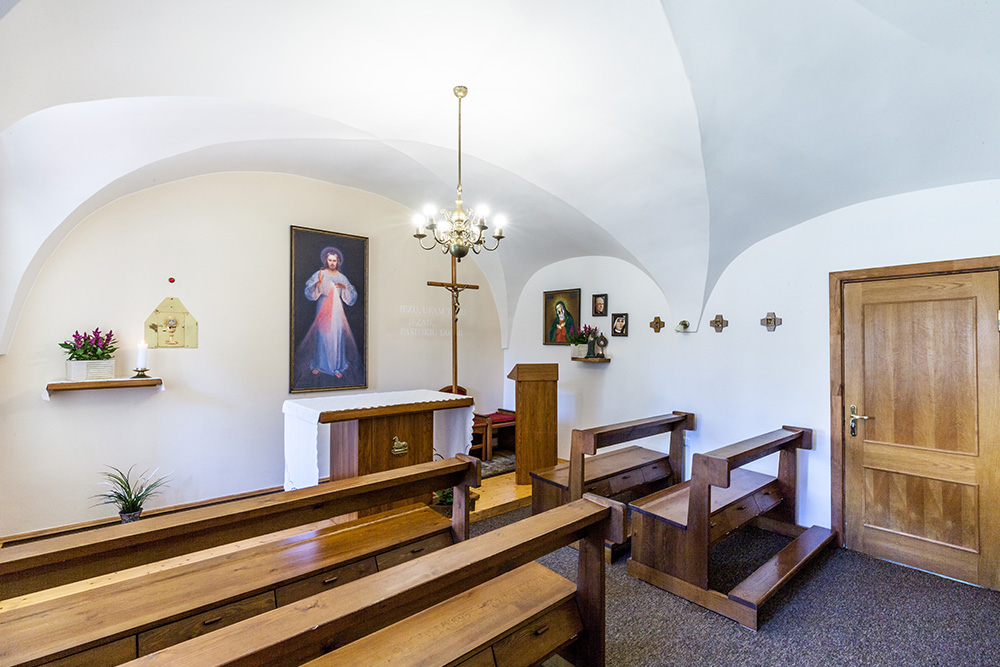 Artist Eugenijus Kazimirovskis worked in this building, where in 1934 at the request of Bl. M. Sopocko he painted the image of Divine Mercy. Today the chapel of the convent of Sisters of Merciful Jesus is established here.

This convent is included as part of the following itineraries: Vilnius Saints and the Way of Mercy

From 1932 to 1934, Bl. M. Sopocko resided with the Sisters of the Visitation during which he wrote his dissertation. In 1933, as the confessor of the Sisters of Our Lady of Mercy, he met with St. Faustina, who told him of Jesus’s request that a painting be made. The artist Eugenijus Kazimirovskis also lived and worked in the very same building. At the request of Bl. M. Sopocko, he painted the image of Divine Mercy. During the first half of 1934, St. Faustina visited here several times a week to see how the painting was advancing and to give further instructions.

Savior Hill in Vilnius is a historical Mercy center, given the presence here since the 17th century of convents of the Sisters of the Visitation, the Congregation of the Mission, and the Daughters of Charity. The founder of the Congregation of the Mission was St. Vincent de Paul – the patron saint of organizations dedicated to works of mercy. The 17th-century Visitation sister St. Margaret Mary Alacoque, who had visions of Jesus, pioneered devotion to the Sacred Heart of Jesus. During the Soviet era, the convent and church of the Visitation Sisters were used as a prison and the Missionary monastery as a hospital. Today the Sisters of Divine Mercy live here and run a hospice for the dying. The chapel of the convent was installed in the former workshop of artist Eugenijus Kazimirovskis. In it, relics of St. Faustina and Bl. Michael Sopocko are venerated.