Church of the Redeemer and Monastery of the Community of St. John 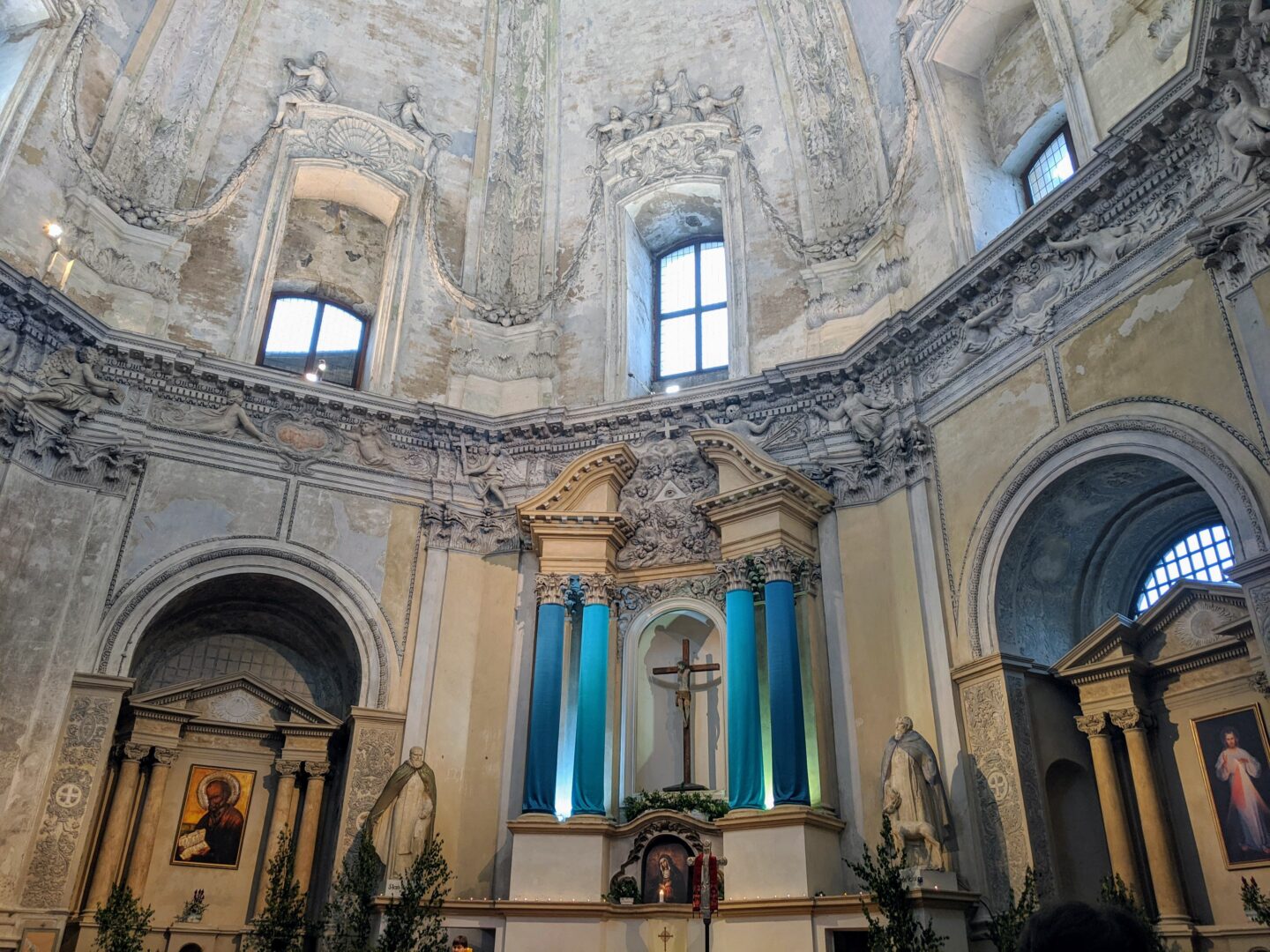 The Crucified Jesus and the image of the Mother of Mercy of the Gate of Dawn are situated in the main altar of the church. Brothers of the Community of St. John seek to live the example of John, the beloved disciple of Jesus, apostle and evangelist. Just like him, the brothers live in loyalty to the Teacher and son-like closeness to His Mother.

Trinitarian monks first arrived in Vilnius in 1693. This monastic order was established during the period of the Crusades; its mission was to free Christian captives by paying the ransom demanded by nonbelievers. The Trinitarians who came to Vilnius were from a reformed branch of the Order. During the wars with the Turks, King Jonas III Sobieskis aided the Trinitarians in Lithuanian and Polish territories. A splendid church and monastery were built for them in a suburb of Vilnius on the land of the Sapiega residency, by Kazimieras Jonas Sapiega, the Hetman of the Grand Duchy of Lithuania and the Voivod of Vilnius. The Church was consecrated in 1716 and received the title of Most Holy Redeemer Jesus of Nazareth.

The Church was renowned for a miraculous statue of Jesus of Nazareth, which was sculpted in Rome and based upon the miraculous image of Ecce Homo, located in Madrid. Currently, the sculpture of Jesus of Nazareth is displayed at Sts. Peter and Paul the Apostles Church in Vilnius. Such sculptures were traditionally placed in the main altar of all Trinitarian churches.

The church’s architecture and the surviving fragments of its decor are a testament to the Trinitarian legacy and attest to the high artistic culture of the Shrine’s founders. The sculptures, incorporated on the main facade of the Church, symbolize Trinitarian history: two Christian soldiers taken captive by nonbelievers, comforted by an angel.

In the 19th century, Trinitarian monasteries were closed by the Tsar, and the Catholic churches were converted to Orthodox churches. The side altars, along with other interior decorations of Trinitarian Most Holy Redeemer Church were demolished, and army barracks were set up in the monastery. During the interwar period, the monastery buildings were used by the University Hospital, and during the Soviet years, the Church was turned into a military warehouse. The Seminary of Vilnius operated in the Trinitarian monastery ensemble beginning in 1993. In 2000, the Brothers and Sisters of the Community of St. John established the Monastery of St. John the Theologian here, where it is supported by a dynamic and active community of the lay faithful.